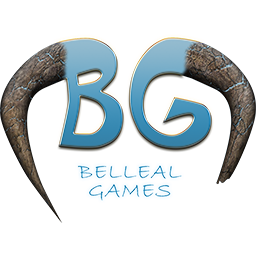 Hi everyone, we released a new major version of the game today. The release introduces changes and new functionality in three major areas – puzzle slicing algorithms, game events system, and new content. It also comes with several bug-fixes that have annoyed our players for a while. In this update, we will depart from the old way of summarizing the release highlights and instead will write briefly about each major release point.

As always, you can find the full release notes here.

If you’re following our public game roadmap here, you are probably aware of the new features we’ve been working on in the last few months. The biggest feature is, of course, new puzzle slicing algorithms. Initially, we just wanted to replace the old algorithm with a new one. However, we realized that players may like different slicing options for the puzzles – some more difficult than others. So, we decided to create functionality in the game to support many slicing algorithms at the same time and let advanced players choose the one they want when creating a new game. This required a significant refactoring and redesign of many and mostly unseen parts of the game.

With this release, we’ve concluded the first stage of this redesign and we’ve migrated the old algorithm to the new system for backward compatibility reasons (we don’t want to break your saved games after all). We tried to preserve the logic as much as possible, but there might be some bugs that slipped through. If you encounter anything out of order, please send us a bug report, and will address it as soon as possible.

In the meantime, we’re already working on the first new slicing algorithm that will produce a much greater puzzle tile variety in shapes and curves. We’ll share some pictures once we’ve made sufficient progress.

In its original shape and design, the game events system was created to introduce and manage one-time pre-programmed events. This required a dedicated game release just for that reason. It also didn’t give us an option to repeat the same event again (i.e. each Halloween event had to be created anew). Obviously, this screamed for improvement, especially with the Halloween 2020 event coming on the horizon.

With this release, we’ve published the new dynamic game event system. It will now receive its configuration from the game servers and will reconfigure your game based on that information. This allows us to create recurring events that do not require an exclusive game version. Right now we have 2 such events – Christmas Special and Halloween Special – that will happen at the same time every year. Each recurring event will maintain your progress from the previous year(s), so you will be able to get all these limited achievements even if you missed a few the last time.

We’ll share more details about the events in a separate announcement once the time for it nears.

You already know about the new and experimental photography collection Black & White from our previous news message. With this release, we’ve included the actual content as well as the related achievements for each puzzle box. All puzzle boxes in this collection will be free for game owners, so go and grab them.

We’ll be happy to hear your feedback once you try them out. If you like them, we’ll continue to expand the collection with more.